So I just finished up a contract that's been taking all my time for months...
now I can actually do all sorts of things I've been neglecting that have been
piling up, like update this .plan file, finally.

- Guitar Hero. I'm a goddamned dork, but man, I love a rampaging shredfest: 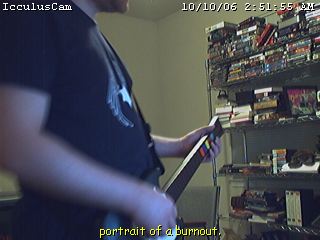 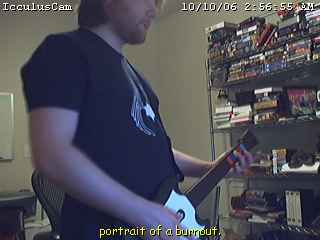 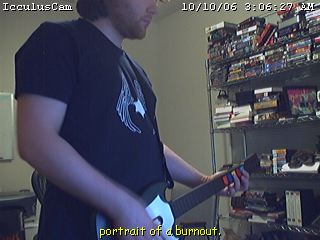 - Lua. How did I not look into this language years ago?! It's so simple
and elegant and easy to embed into a C program. I've mangled up the parser to
accept Toby syntax, and now I'm on my way to yet-another-rewrite
(Rewrite Number five, for crying out loud!). If I was really going to sit
down and write a proper parser and interpreter for Toby, I'd have probably
ended up doing it roughly like Lua anyhow, so that saved me literally months
(years?) of work; the new rewrite took about a week before I was running a
Turtle around the screen.

- wxWidgets. Loving it. I hate GUI development (which is probably why I've
stuck to lowlevel stuff or games...so I could avoid the UI entirely or
have complete control over every pixel), but having used wx for Toby's new
UI, it really made things pretty easy, and I was amazed that everything
worked--and worked well--right out of the box on Linux, Mac OS X, and
Windows. Even printing! It's really a pretty impressive feat, especially
when you consider other cross platform UIs like Java's Swing and Qt don't
give you a real native feel on any platform. Also, the damned thing is a
kitchen sink...there's all sorts of non-UI stuff that they took the time to
abstract for you, too.

- James Brown. We'll miss you! I still believe that "It's a New Day" is
structured the same way really good sex should be.

- The Wii. I can't help it, Boxing in Wii Sports is dork-crazy-fun: 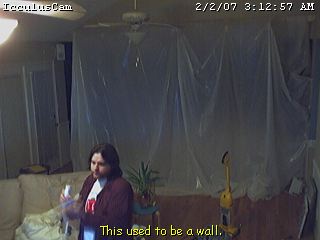 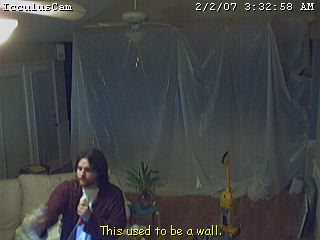 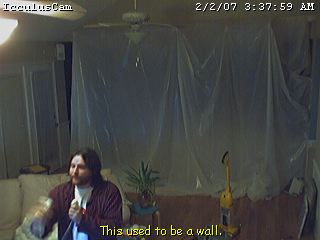 - Bruegger's Bagel's Bottomless Mug. I fully expect that my free refills
will bankrupt the company by around June, if my kidneys don't fail first.

- Ray Lamontagne's "Trouble". Someone needs to remove this playlist before
my hard drive wears out from playing it over and over and over. And over.

- Open source Second Life client. Y'all got balls, Linden Lab. I hope this
sets an example for other companies.

- Rafe Esquith. On Kohlberg's six stages of development and teaching
fifth-graders: "It's also worth considering how many outstanding people
would need to be erased from the history books if they had never looked
beyond Level IV thinking. I teach my students that while rules are
necessary, many of our greatest heroes became heroes by not following the
rules ... Extraordinary people throughout history have done this, and if we
want our children to reach such heights, they need to know the rules but
see past a chart on the wall. There will be times when the chart is not
there. More important, there will be times when the chart is wrong."